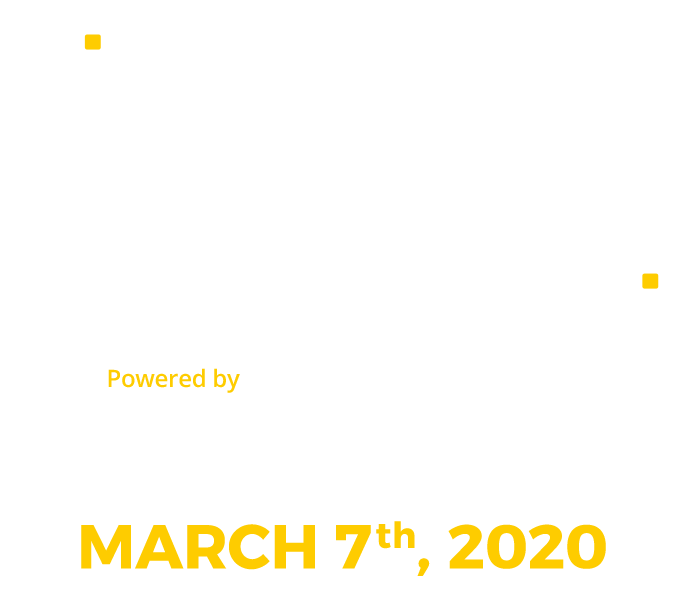 The Digital Disruption Sessions aim to bring into the spotlight the global trends arising from the convergence of marketing and technology and focus on digital transformation and how it may fuel sustainable and socially responsible growth policies. Verticals covering ground breaking topics.

The Digital Disruption Sessions are taking place in the context of the Delphi Economic Forum. 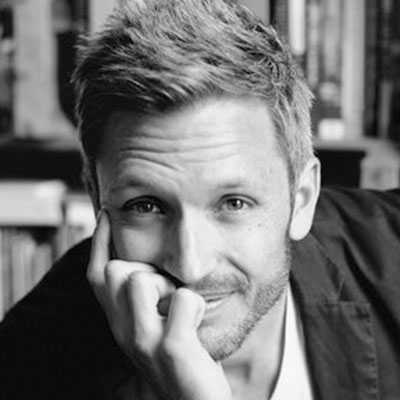 Economic Anthropologist and Fellow of the Royal Society of Arts 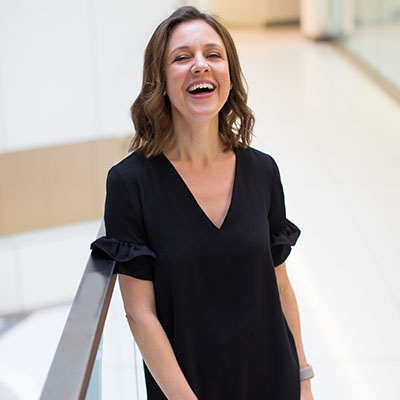 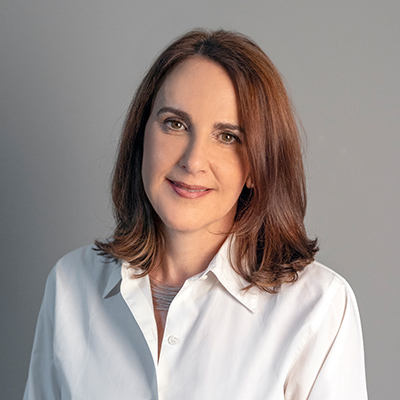 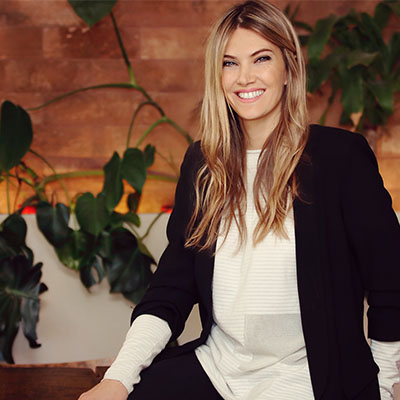 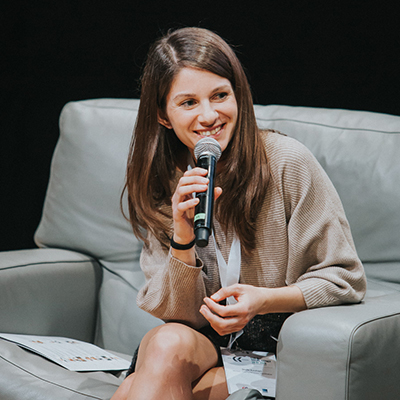 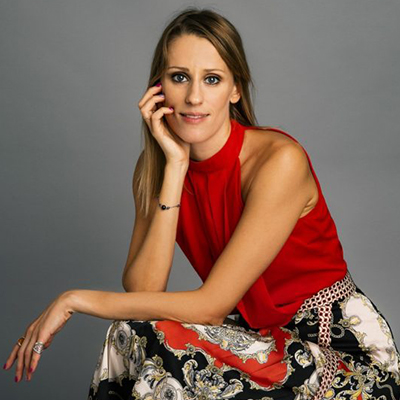 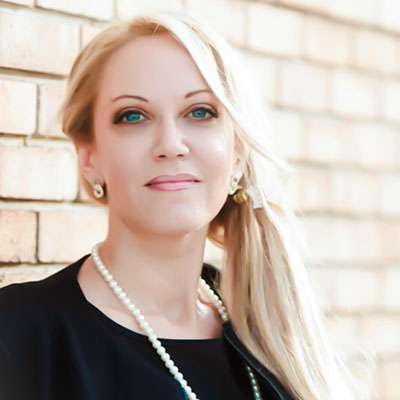 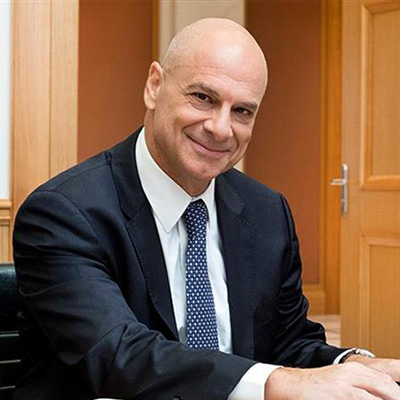 Deputy CEO - Group COO & International Activities. Executive Member of the Board of Directors at Eurobank (GRE)

Participation is free but seats are limited.
Secure yours easily just by clicking our REGISTER button below.
This registration is valid exclusively for the Digital Disruption Sessions III.
It does NOT give you access to the Delphi Economic Forum V.

Economic Anthropologist and Fellow of the Royal Society of Arts

Dr. Jason Hickel is an anthropologist, author, and a Fellow of the Royal Society of Arts. He studied at the London School of Economics, the University of Virginia, and Goldsmiths, University of London, where he convenes the MA in Anthropology and Cultural Politics. He serves on the Labour Party task force on international development, works as Policy Director for /The Rules collective, and sits on the Executive Board of Academics Stand Against Poverty (ASAP). Dr. Hickel’s research focuses on global inequality, political economy, post-development, and ecological economics, which is integrated throughout his progressive books, such as his most recent book, The Divide: A Brief Guide to Global Inequality and its Solutions. In addition to his academic work, Dr. Hickel contributes with bylines to The Guardian as well as to a number of other high impact online outlets, such as Al Jazeera, Foreign Policy, Prospect, Le Monde Diplomatique, Monthly Review.  His media appearances include Viewsnight, the Financial Times, the BBC World Service, Sky News All Out Politics, BBC Business Matters and many more. Dr. Hickel has received a number of teaching awards, including the ASA/HEA National Award for Excellence in Teaching Anthropology, while his ethnographic research has been funded by significant foundations.

As Managing Director of the world’s leading trend forecasting agency, WGSN, Carla Buzasi leads an international team of global specialists, delivering insight, analysis and consultancy services to clients in 94 countries. An award-winning editor and journalist by background, she was founding Editor-in-Chief of The Huffington Post UK, where she was named Editor of the Year at the Online Media Awards in both 2012 and 2013, Media Innovator of the Year at the 2012 British Media Awards, and included in 2013’s Top 50 Female Innovators in Digital Journalism and Management Today’s 35 Under 35 list in 2016. On top of the aforementioned, she is an active commentator for shows including Channel 4’s What Britain Buys, BBC Radio 4’s Today program, Sky News, The Andrew Marr Show and Newsnight, and a regular keynote speaker at events including TedX, SXSW, Cannes Lions, Web Summit and Inspiring Women.

Tina Zournatzi is currently Head of Unit for Strategic Communication at the European Commission’s Directorate General for Communication. In this role, she oversees corporate communication campaigns at pan-European level, while also spearheading the Commission’s strategic communications response to the rising threat of disinformation. She previously headed the communication team in the department for fisheries and maritime affairs and worked in the area of small business policy and entrepreneurship, where she helped promote entrepreneurship as a career option and supported opportunities for new entrepreneurs. In the past, Tina Zournatzi worked as a consultant on corporate social responsibility for the European network CSR Europe. She started her career in the United Nations working in central Africa and then in New York on development, conflict resolution, reconstruction and governance. A native of Greece, Tina Zournatzi received a Master’s degree in International Relations from the John Hopkins University School of Advanced International Studies and a Bachelor of Science from Georgetown University.

Maria Skagou is Vodafone Greece Director of Legal and Regulatory Affairs and Corporate Security & Corporate Relations. She joined Vodafone in 2015. In the past, she worked, among others, at M&P Bernitsas Law firm, Vivartia and TILETYPOS (Mega Channel). She holds a degree from the Law School of the University of Athens and a postgraduate degree in Public Law from the University of Strasbourg.

Eva Kaili is a Member of the European Parliament, part of the Hellenic S&D Delegation since 2014. She is the Chair of the Future of Science and Technology Panel in the European Parliament (STOA), Member of the Industry, Research and Energy Committee (ITRE) and substitute member of the Committee on Budgets (BUDG).  In her capacity, she has been working intensively on promoting innovation as a driving force of the establishment of the European Digital Single Market. She has been the draftsperson of multiple pieces of legislation in the fields of Blockchain technology, online platforms, big data, Fintech, AI and Cyber security for ECON, as well as the ITRE draftsperson on Juncker plan EFSI 2 and more recently the Invest EU program. She is Digital leader at World Economic Forum and the founder of the Future Forum, a network of influential politicians, officials and public figures promoting innovation.  She is substitute member of the Delegation to the NATO PA in the European Parliament, focusing on Defense and Security of Europe and of the Delegation with relations with the Arab Peninsula. Prior to her political career, she worked as a journalist and newscaster. She holds a Bachelor’s degree in architecture and Civil Engineering, and Postgraduate degree in European Politics.

Stella Kasdagli is the co-founder of Women On Top, a non-profit organization in Athens, Greece, working for the professional empowerment of women and for equality in the public sphere. As the Director of Strategy of Women On Top, she designs and implements initiatives aiming to shift the barriers that women still face in their quest for equal representation in the workplace. Stella Kasdagli is also a writer, translator and youth/women facilitator. She has published two books, a memoir for young mothers, a YA novel on eating disorders and the Princess Athena series for the empowerment of girls, women and teens. She is also the co-founder of the Bookworm online book club and of the Mentorkids mentoring network, which offers professional orientation mentoring to teens among 15 to 18-year old. Her background includes studies in French Literature in Athens and Media Studies in London, while she carries more than 10 years of experience as a women’s magazine and online editor.

Penelope Zaoudi is an experienced marketing professional with ten years’ experience in FMCG and the luxury industry. In her current position she leads communication strategy for Johnnie Walker across Europe, working with multiple markets inside & outside the network of Diageo, the world’s biggest spirit company. As a truly passionate marketeer, she studied Marketing & Communication in AUEB, followed by a master’s degree in Management & Strategy in London, LSE. She started her career ten years ago in Diageo through a young talent acquisition programme, and since then held a variety of local and regional roles leading demanding innovation launches as well as brand portfolio strategies.

Effie Presvia is Director in Accenture. In parallel to her involvement in managing Accenture clients, she is leading the areas of Digital & New Business, as well as Cyprus in the Financial services field. Also, for the last 2 years holds a consultancy position at Viochalco’s Digital Transformation & Innovation Board, reporting directly to the Owners. Additionally, she is the only female representative since 2012, holding the vice president position, in the Institute of Information, Technology & Communication-EIΠ of EEDE. Effie has over 18 years of experience in Financial Services. She started her professional career at Accenture in 1999 and in 2001 she joined Eurobank. In 2005 she joined Eurobank’s group International IT department and took over the Program Management of Polbank’s establishment, Eurobank’s subsidiary in Poland & in 2007 she was appointed Chief Information Officer (CIO) of Eurobank Stedionica S.A., in Belgrade, Serbia. From 2010- 2016, she was appointed Director of e-Business Sector of Eurobank Group and then she rejoined Accenture Greece’s Technology Consulting as a Senior Manager. Effie holds a BSc in Computer Science from the University of Piraeus.

Deputy CEO - Group COO & International Activities. Executive Member of the Board of Directors at Eurobank (GRE)

Keeping innovation at the forefront of his leadership, Mr. Ioannou helps set the strategic direction of the company, contributing to its financial results and ensuring it can effectively face present and future challenges, while delivering added value. His vision for supporting young entrepreneurship and cultivating innovation came to fruition in the form of Eurobank’s integrated incubation, acceleration and coworking program “egg – enter•grow•go”. In 2020, the program entered its 8th yearly cycle, having already helped more than 200 startups and young businesses across the globe.

Member of the Executive Committee of the Hellenic Banking Association since 2013, he has also served as its Vice Chairman for the period of 2015-2016. His extensive experience in the banking sector includes senior executive positions at Barclays PLC and Millennium Bank.